Cowpatty is a network tool that can be used to deploy brute-force dictionary attacks on vulnerable wireless networks systems. The tool is especially efficient in performing offline dictionary-based attacks against wireless system (WPA/WPA2 security protocols). This is made possible due to the fact that both security protocols rely on PSK (PreShared Key) authentication procedures. Cowpatty has the ability to intercept these procedures and can audit the algorithms used in the authentication process.

PSK is a Pre-Shared-Key used in security algorithms such as WEP, WPA, and WPA2 security protocols. It represents the shared key/secret which was previously shared between the two parties using some secure channel.

This tool can thoroughly asses an SSID (Service Set Identifier) for any pre-computed PMK files which it then uses to launch a brute-force dictionary attack on the wireless network system. Through these attacks, it can access passwords and other important credentials being used to access a specific wireless network.

Cowpatty is very good at cracking weak WPA-PSK passwords and has gained popularity over years; it is highly used in network administration procedures and can also be used by hackers to acquire passwords to wireless networks.

Using PSKs is easy and fast, but they also have a couple of loopholes, and this is what cowpatty takes advantage of. Cowpatty has a built-in ability that enables it to intercept the authentication procedure by carrying out a brute-force dictionary attack against WPA passwords.

Cowpatty is equipped with tools that enable it to perform various attacks on wireless network systems, based on the type of attack intended you can use:

Cowpatty comes preinstalled in BlachArch and Kali Linux, but can also be installed on any other Linux distro by running the following commands below.

Kali users: If you are using BackTrack it is important to remember that cowpatty is located in the /usr/local/bin directory and not the /pentest/wireless directory.

To get a list of cowpatty options, use -h: 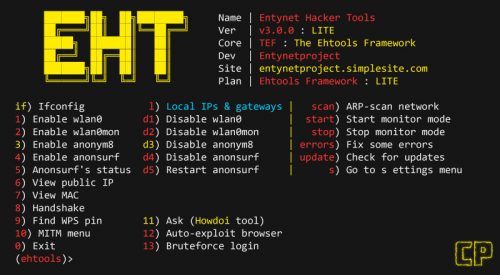