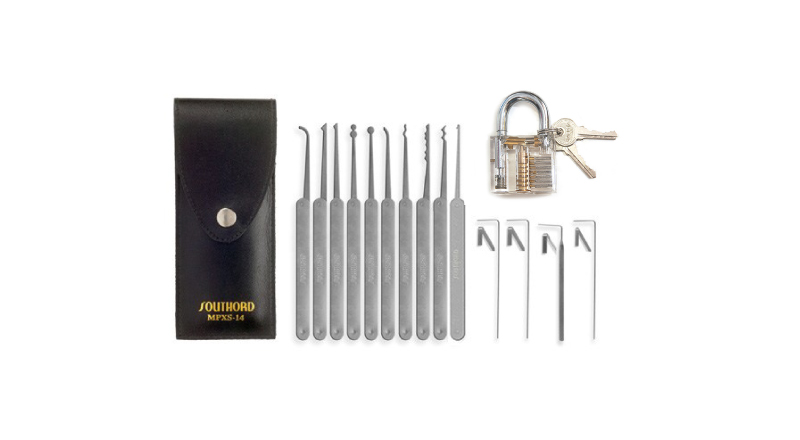 The Art of Lock Picking

Within a pentester’s or hacker’s toolset you will surely find a lots of physical devices and gadgets, such as: Raspberry Pi, WiFi Pineapple, USB Bush Bunny (keystroke injection tool), HackRF One, etc. But, besides all that, you’ll often find a different kinds of lock picking tools.

“Lock picking is the art of unlocking a lock by manipulating the components of the lock device without the original key and without damaging/destroying the lock or its door.”

Lock picking is an essential skill for the locksmithing professionals, but also can be a very useful skill to learn for overall knowledge about security weaknesses. It became a hobby known as a locksport and a must for all ninja hackers.

It’s well-known that the lock picking represents one of the basic elements in hacker culture, but why? It’s simple. Physical lock picking mimics what hackers or pentesters do in digital/virtual world (figuring out vulnerabilities to exploit the system or crack the code). It’s same with lock picking, except you’re looking for physical vulnerabilities.

Lock picking skills can come in handy in scenarios when you want to circumvent physical barriers in order to get close to your hacking target. Want to get into computer areas that you are not supposed to? Well, you better start practicing. Since lock picking is analogue hacking, those abilities can significantly boost your hacking skills. Resolving mechanical puzzles will help you improve and master your pentesting skills.

Lock picking has a long history and tradition among hackers, pentesters and security experts. We can say that lock picking existed since the first padlocks were made. Lock picking has been a hacker pastime for decades. There is also a lock picking Bible ‘The MIT Guide to Lock Picking‘, dating back to 1987.

Today, every year thousands of eager minds, hackers, pentesters and hobbyists run to the many CyberSecurity conferences (such as DEF CON, etc.) and gatherings across the globe to participate in lock picking competitions. Beside timed lock picking tournaments, in ‘Lock Picking Villages’ you can also receive some basic instructions about lock picking tools and techniques.

There is a wide array of lock picking tools, including: Lock picking rakes, key extractors, hooks, bump keys, snap guns (mechanical and digital devices), and much more. Depending on your lockpicking skill level, you’ll need to choose appropriate toolset. We’ll list some of them below.

Note: It is important to be aware that in some countries possession of lock picks is illegal (e.g. Japan), but many other countries allow lock picking tools possession. Check your country laws before you decide to buy some of the tools. 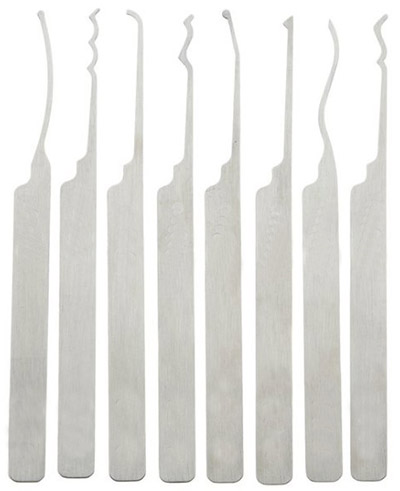 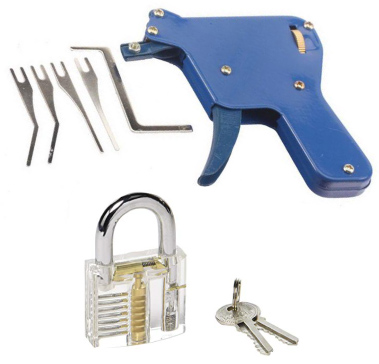 Snap guns (manual) have triggers that create a movements, similar to bump keys, which cause pins to jump. Electric guns have buttons that, when pressed, cause the pins to vibrate (torsion wrench is needed).

Clear Locks or practice locks are the same as normal locks, but they have one additional feature. Pins and springs are exposed so you can see what’s happening once you insert the key/lock pick inside, which will help you to quickly understand the process of lock picking.

Like in computer hacking when you succeed in finding the vulnerability and breaking the security, there is no greater feel of satisfaction when you hear that slight click sound as the cylinder turns after a successful lock picking. Lock picking isn’t a very complicated thing to master, but it surely requires a lot of practice and dedication to master (plenty tutorials and guides all over the Internet). You can always practice your lock picking while you watch YT or Mr. Robot episodes, for example. 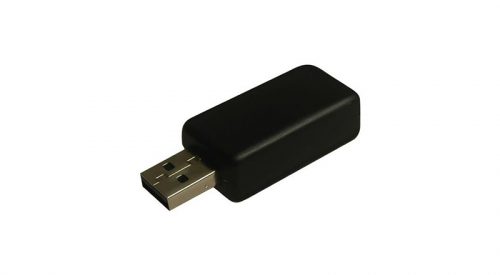 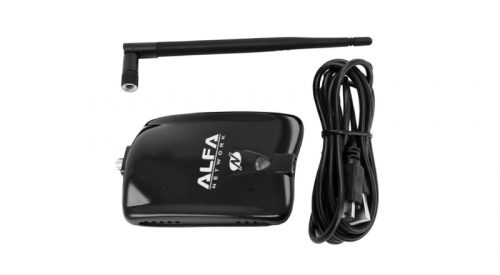 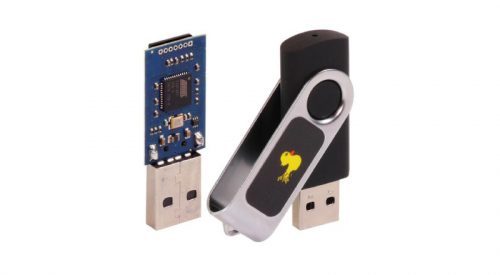